Spring has sprung and our animals are loving the abundance of delicious green goodies popping up all over their pasture!

Want to test your tastebuds out on more than one variety of ground beef?

We have some fantastic 100% grass fed and finished Hereford beef now in stock.

Both types of ground beef are available for $6.99 a pound.

We are required to collect 6% state sales tax on all sales.
Please note there is limited availability of all cuts. We will do our best to fulfill your quantity request.
Email teri@homesteadlarder.com to place your order/inquire about current stock.

Meat is available for local pickup only in the Boise, Idaho metro area.

If you’ve visited our farm, you’ve likely met our Livestock Guardian Dog Misty up close and personal. (More than likely too close and too personal. Sorry!)

All little Farmer Justin can talk about these days is what he wants to see in a littler of puppies—and his best estimates regarding their height on arrival and eventual “keep away a wolf” size.

By our June newsletter we will be able to report on either a new litter of puppies—or the futility of our little guy’s hope and dreams.

Try our secret ingredient free in May!

Get a free packet of our absolute favorite seasoning mix for free when you purchase $50 or more of farm products in May.

We promise you’re going to absolutely love this easy and amazing way to add flavor to your dishes with a product you can trust from Frontier Co-op.

What to do with a Whole Frozen Chicken

If you learned to cook with recipes primarily using chicken breast meat, knowing what to do with an entire chicken (probably frozen) can be intimidating. Thankfully, it’s not all that bad.

To say that I have a lot on my plate would be an understatement. (Sound familiar?) So most of the time when I know I want to cook chicken for supper I grab one out of the freezer and throw it into the Instant Pot. I add a few cups of water, a couple of tablespoons of salt, a teaspoon of paper, a fresh onion (or 1T dried), and a tablespoon of herbs de’ provence or dried oregano. (I don’t actually measure these things, but I did it once to tell you what I do.)

On of my favorite things about this method is that I don’t have to carefully time when I start cooking the chicken. I will put it in the Instant Pot whenever it is convenient during the day (at least a couple of hours before we plan to eat) and the pot will automatically switch to “keep warm” after it’s done pressure cooking. Most frozen chickens will be done after 60-90 minutes on high pressure, however I often cook mine for two hours to make sure my home grown pastured meat is falling-off-the-bone tender.

If you want to pull a gorgeous golden roast chicken out of the oven or grill/smoker, you’ll have to plan ahead to thaw the chicken. Easiest, and probably best, method is to put it in your refrigerator the day before you want to cook it. (Plan on at least 24 hours for a six-pound chicken.)

You can also thaw a chicken in a waterproof bag by submerging it in cold water and changing the water every 30 minutes. (The USDA also says you can microwave it, but that doesn’t exactly sound appealing.)

To roast it, but the chicken in an oven-safe pan. I usually sprinkle it with a combination of herbs mentioned above and toss an onion into the cavity. (I don’t eat it later, it’s there to add flavor and fragrance. Sometimes a chicken doesn’t smell particularly good while it’s cooking without seasoning.)

Most chickens will take a couple of hours to cook at 350 degrees (F). Use a meat thermometer to determine when it’s done.

Once you remove most of the meat for your meal (including leftovers for future meals) put the bones and remaining meat that’s difficult to remove back into the Instant Pot or a slow cooker. Cover it with water and, if you have it, add about 1/4 cup of apple cider vinegar. Cook for 6-12 hours to make a delicious broth for chicken soup.

Once the broth is done, place a colander into a large bowl and pour the contents of your pot into it. I usually have a large dinner plate nearby so I can put the colander of chicken on it after holding it up several seconds to allow the broth to drain off. Now it’s easy to separate the remaining chicken from the bones. I also like to remove any skin and other soft tissues to feed our dog.

Now you can make chicken soup or save the chicken and broth separately for use in other dishes.

If you want to make an even more highly nutritious bone broth, let the broth cook for 24-48 hours. Then simply safe the broth and discard the chickens and bones. After cooking that long the chicken will have lost almost all flavor and nutritional value. However, the broth will be a highly digestible form of calcium and other nutrients. 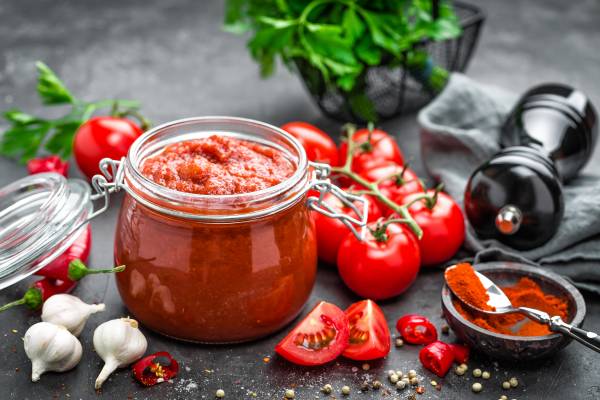 I learned to safely use a pressure canner as a child, putting up dozens of jars of garden-fresh green beans. I love the convenience of ready-made side dishes, but a few years ago I changed my approach to save food storage space– and now use my canner almost exclusively to prepare ready-made meals.

Do you have a favorite pressure canning recipe or story you’d like to share? We’d love to hear about it! Send an email to Editor@HomesteadLarder.com, and we might just feature you in our Your Stories section. 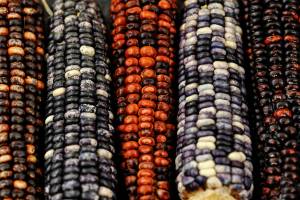 When I started researching heirloom seeds years ago it was purely practical: I wanted seeds I could save and plant the next year.

I had no idea what an incredibly beautiful and colorful spectrum of vegetables exists. 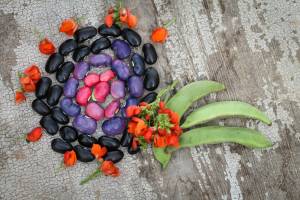 Everything from Black tomatoes to purple carrots defy our modern expectations of what food is supposed to look like. 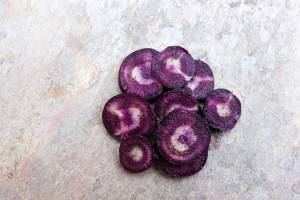 Baker Creek Heirloom Seeds is my favorite source for information about seeds. The pictures on their website and in their catalogs are incredibly artistic. 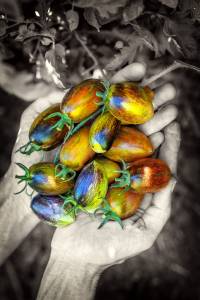 Flipping through the pages of heritage vegetables is like looking at a living history exhibit. According to the company, the Black Coat Runner Bean pictured above dates, “as far back as the mid-1600s and first recorded by German botanist Michael Titus in his Catalogues Plantarum.”

Brad’s Atomic Grape Tomato won “Best of Show” at the 2017 National Heirloom Expo. The company’s inventory also includes seeds collected from all over the world. 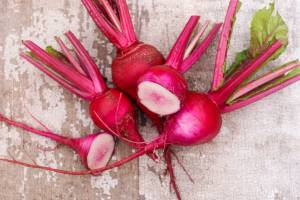 If you want to get started growing heirloom crops and saving your own seeds, you’ll have to take a bit of a strategic approach.

Getting Started with Heirloom Seeds

Personally, I want a packet of almost every seed in the catalog. But, to get good results, you’ll want to keep certain factors in mind.

Do you have experience raising heirloom produce? We’d to have you share your experience and pictures! Send an email to Editor@HomesteadLarder.com, and we might just feature your garden on our “Your Stories” page.

How to Get the Best Tasting Baked Goods: Grinding Wheat at Home

Our family’s effort to incorporate organic food into our diet didn’t start with well-researched concerns about chemicals or genetically modified foods (that would come later). Instead, our obsession with food started when we realized family friends had the best homemade baked goods we had ever tasted. And it was all made with whole wheat. Their secret? Grinding their wheat at home. 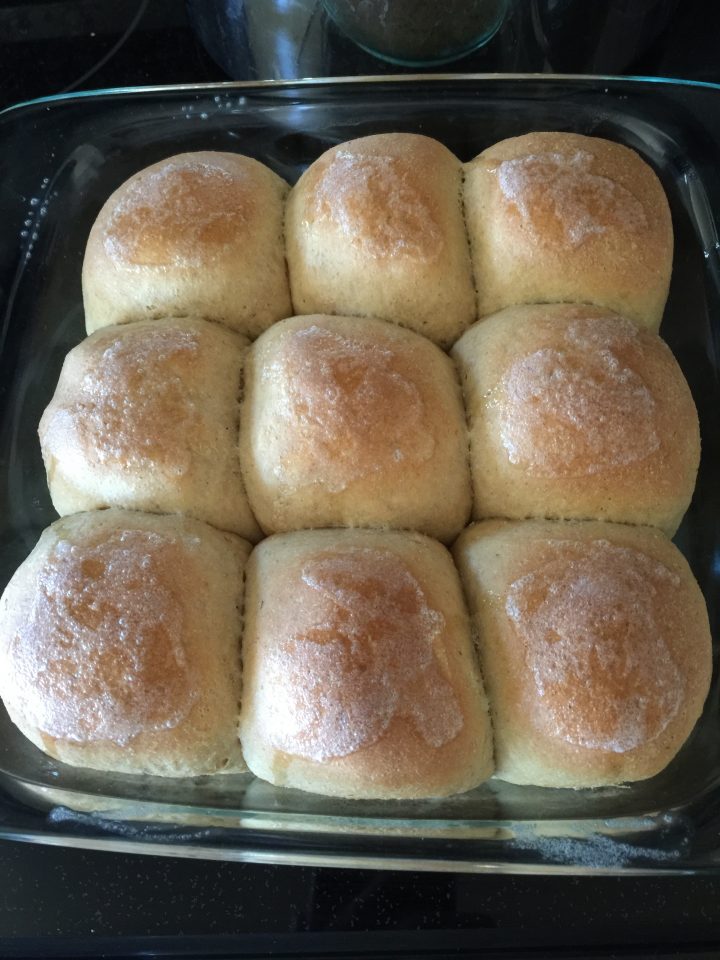 We already baked almost exclusively with whole wheat flour, but sometimes there was an off-putting flavor. I knew that was likely due to the oil from the wheat germ becoming rancid.

But when I tried bread made with fresh ground flour, I realized it was time to up our game.

We ended up investing in our first wheat grinder about seven years ago.

Over the years we’ve experimented a bit and picked up a few things you might find interesting if you’re thinking about buying a wheat grinder:

Do you grind your own wheat? Have tips, tricks, or favorite varieties? Want to get started, but have questions? We’d love to have you comment below!

I'd love to hear from you!